Premier / Numbered car park positions are now on sale – the closest and best location for viewing the racetrack. 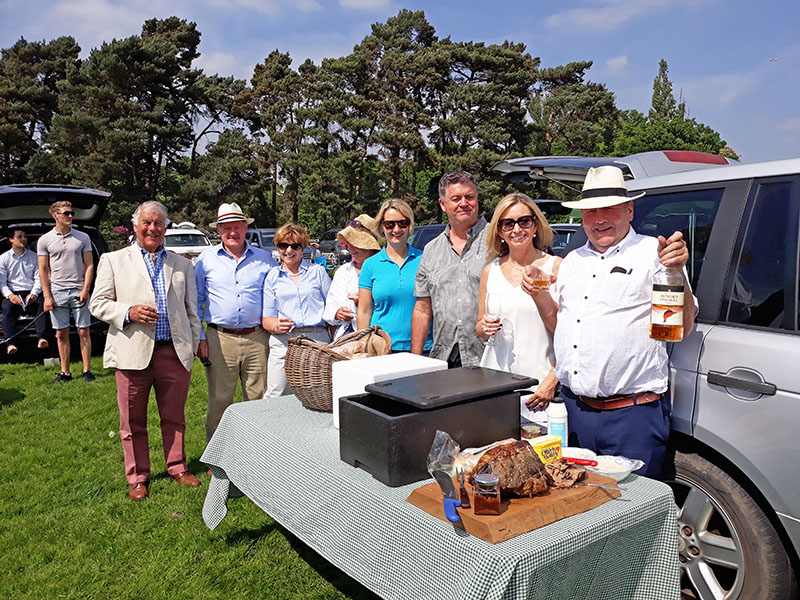 Fantastic value at £60 per car including all occupants.

The sooner you buy, the better the location.

Visit the Tickets page to purchase. 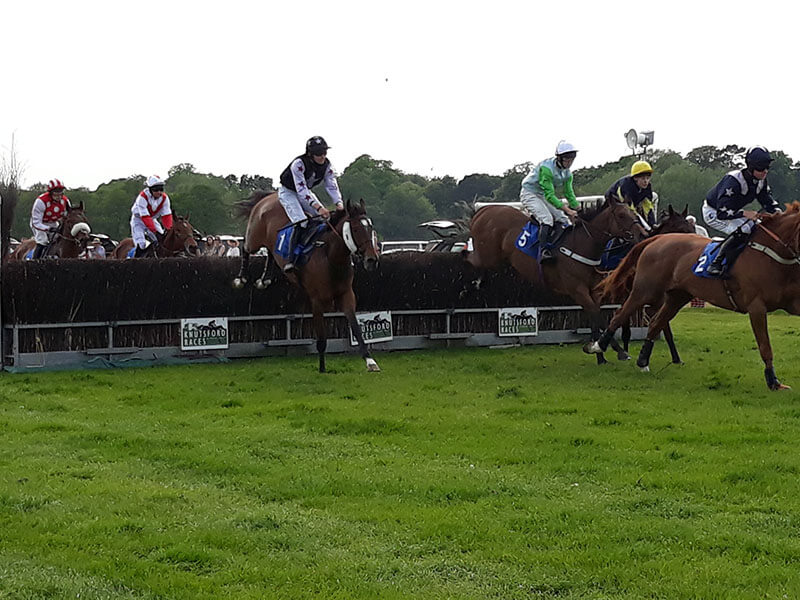 Reserve Sunday 17th May 2020 for the best Point to Point. A great day out can be expected for all the family!

The Knutsford Races Point to Point is featured in the May 2018 issue of Cheshire Life. 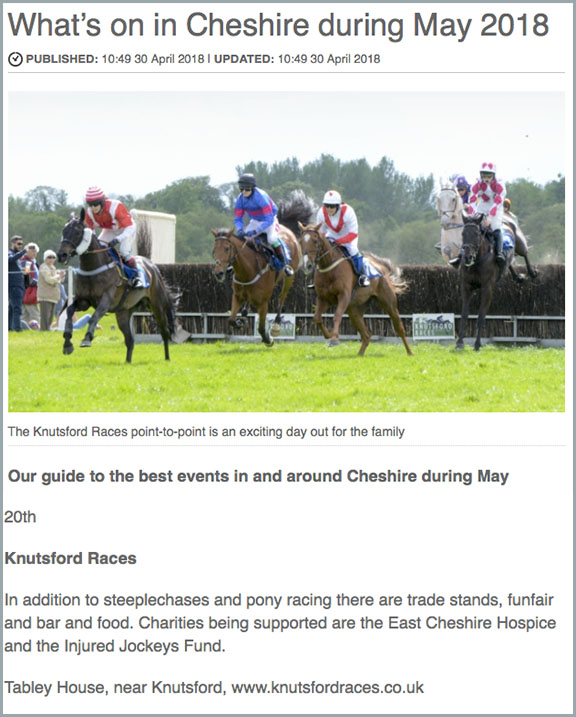 The Premier Parking positions, offering the best viewing, are still available. Standard and Premier car park spaces will be available to purchase on race day.

Come along for a great day out! 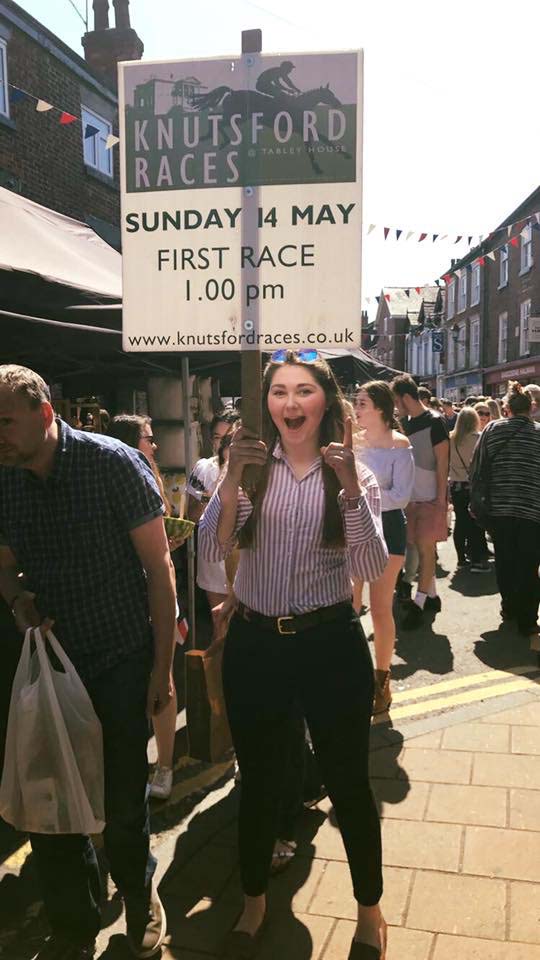 Promotion at Knutsford market. Join the crowd on Sunday for a great day out! 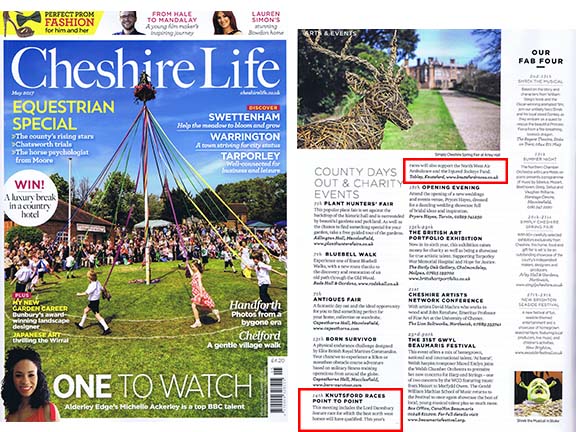 The Knutsford Races Point to Point is the only horse racing event featured in the May 2017 issue of Cheshire Life.

The Premier Parking positions, offering the best viewing, are still available. Plenty of standard car park spaces will be available to purchase on race day.

Come along for a great day out! 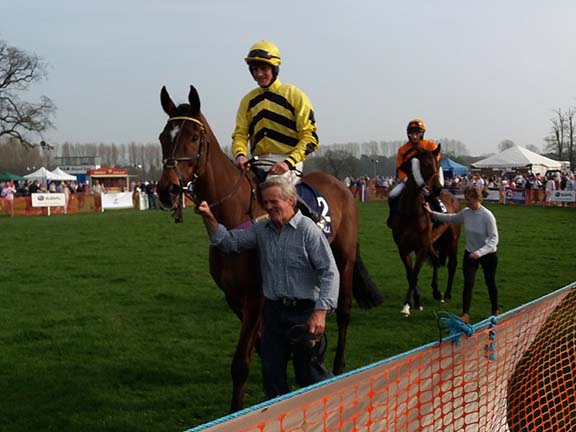 Grand National winning trainer Steve Brookshaw helping daughter Heidi who is a successful point to point trainer, by leading up her horse at Tabley point to point.

Steve will act as starter at Knutsford Races on 14th May. 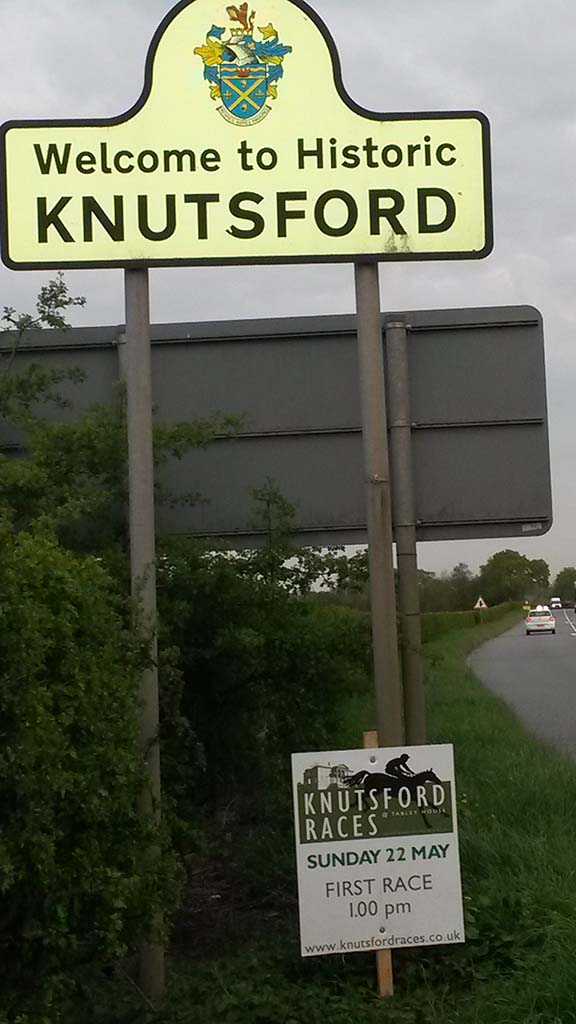 Knutsford Races is coming to Knutsford on 22 May. Make sure you’re there for a great day out in the Cheshire countryside!

Christie Hospital and Cancer Research UK will benefit from the generosity of those involved in the Charity Flat Race.

Local jockey, Gemma Garton, was diagnosed with cancer in February 2014 and following a course of chemotherapy was given the all clear the following July. Gemma has successfully returned to race riding this season and she and a group of family and friends, “Team GG”, have also started raising money for both The Christie Hospital and Cancer Research UK through various events including hockey tournaments, running half marathons to countryside walks accompanied by afternoon tea. This year Knutsford races are delighted to support Gemma’s chosen charities and both the proceeds from this charity flat race and raffle ticket sales will contribute towards these extremely worthwhile causes.

The charity race showcases riders who are steeped in Point-to-Point history in the North West Area.

Steve Brookshaw is best known as the trainer of Lord Gyllene who won the re-run of the 1997 Grand National held on a Monday following the terrorist bomb scare threat on the Saturday. Steve who still regularly rides for his daughter, Point-to-Point trainer Heidi. Caroline Robinson won both the Cheltenham and Aintree Foxhunters’ chase and many Point-to-Point races. Caroline now trains pointers and has successfully bred several ‘Shales’ pointers who are ridden by her two daughters Immy and Kitty; providing family continuity which is often found in the sport of pointing.

Gary Hanmer was a top Point-to-Point jockey and now trains very successfully from his new facility near Chester. Richard Hewitt was a very keen Point-to-Point rider as was his father John from their Anglesey base. Richard is now one of the leading owners. Miles Seston rode many winners in the Yorkshire & North West areas. Stephen Turner regularly rides in charity flat races on his home trained horse who he rides today. This season he sent his point to point horse to be trained by top North West trainer Sheila Crow who trained him to a winning debut at Tabley just three weeks ago. Andrew Dalton is another of our former National Point-to-Point rider champions whose family talents in the saddle are being displayed by daughter Annabel. Willie Bryan whose father Bill was a true pointing legend represents this amazing family. Willie and wife Mandy along with her father David continue the link with son Peter representing the younger generation.

Richard Burton with 414 winners is the all-time record holder for most Point-to-Point wins. A recent skiing incident has aggravated an old shoulder injury that requires an operation and prevents Richard from riding today. However, he will be acting as Starter and will be ably assisted by Simon Crank a former champion rider in the area.

Thanks are extended to the Rider Sponsors who have generously supported the cause; the horses Owners as without them there could not be a race and their Trainers
for preparing them. Prizes are being presented by actor & racing enthusiast Charlie Lawson who plays Coronation Street’s Jim McDonald and we are grateful to him.

Donations can be made http://uk.virginmoneygiving.com/team/teamGG 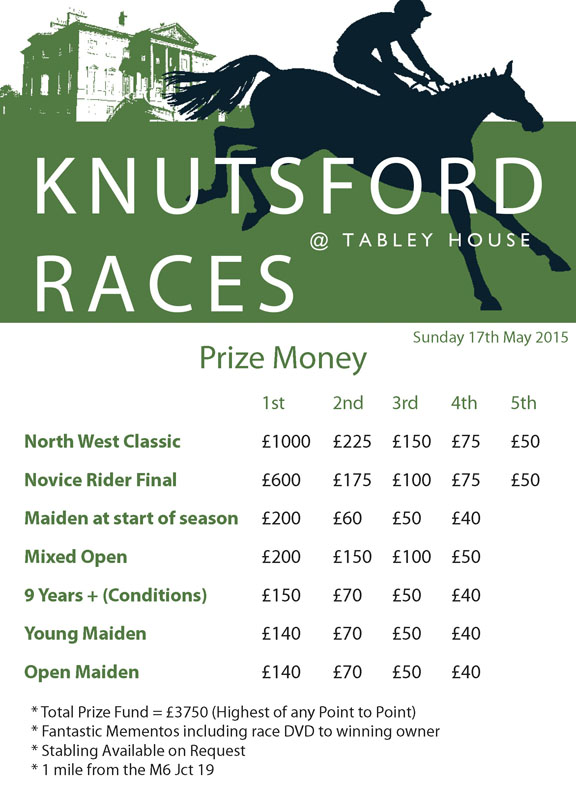